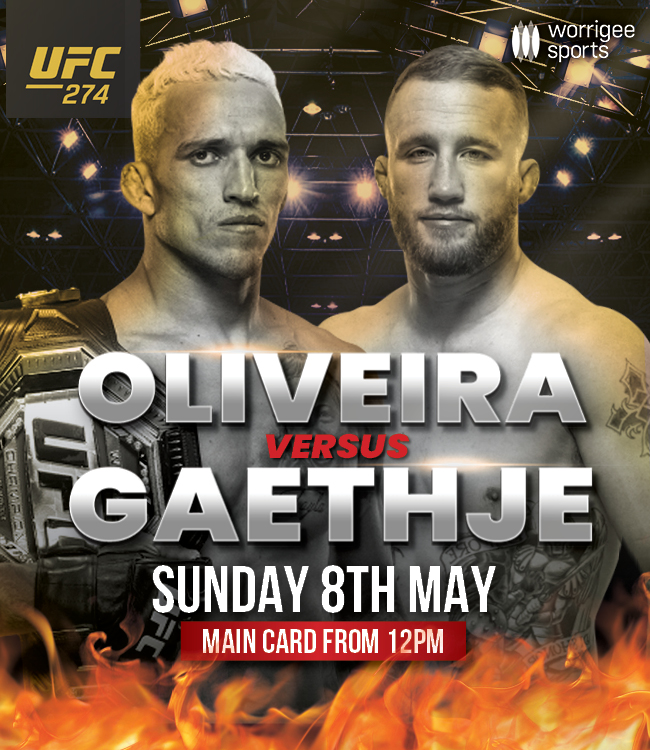 After defending the lightweight title by defeating Michael Chandler and Dustin Poirier in 2021, Charles Oliveira returns to the octagon on May 8. Kicking off his second year as champion, he’ll defend his crown against former interim champion Justin Gaethje. Oliveira’s impressive record of 10-0 since 2018 means that he won’t be an easy fight for Gaethje. The title fight serving as UFC 274’s headliner event is expected to be one of 2022’s best fights.

Find out what's on at Worrigee Sports. Sign up to receive all the latest news!